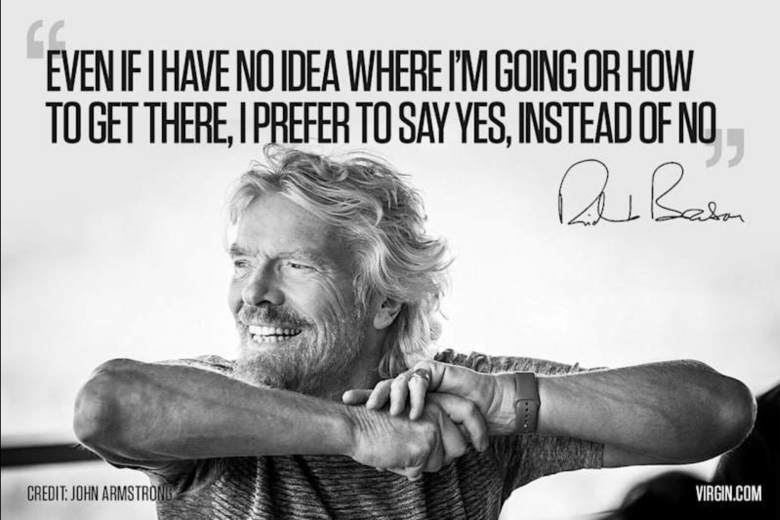 Richard Branson posted this on LinkedIn recently and it inspired this blog post today.

It reminded me of when I graduated from university and a good friend of mine was offered a job with a company we all dreamed of working for. She had no idea how to use the computer software needed for the position she was being offered, but she told the HR Manager that she knew how to use it when asked. She was not thinking she was actually going to be offered the job when she said it. Although her decision to say she could, spoke to her fearlessness.

Just days later she got the call, “You’re hired.” Panic began to set in as the reality that she did not know how to use the program was looming over her head. She called everyone she knew to find out who in her circle may know how to use it. She finally managed to get someone to show her and spent countless hours learning the program.

When she showed up for the job, she was still not an expert, but simply told her new manager that she was a little rusty. That way, they didn’t have demanding expectations while she was still figuring out the program.

This was a perfect example of having no idea where she was going or what she was doing, but being fearless and saying “Yes” anyway.

Challenge yourself to say yes in situations where you may have said “no”. You never know where that yes is going to take you.