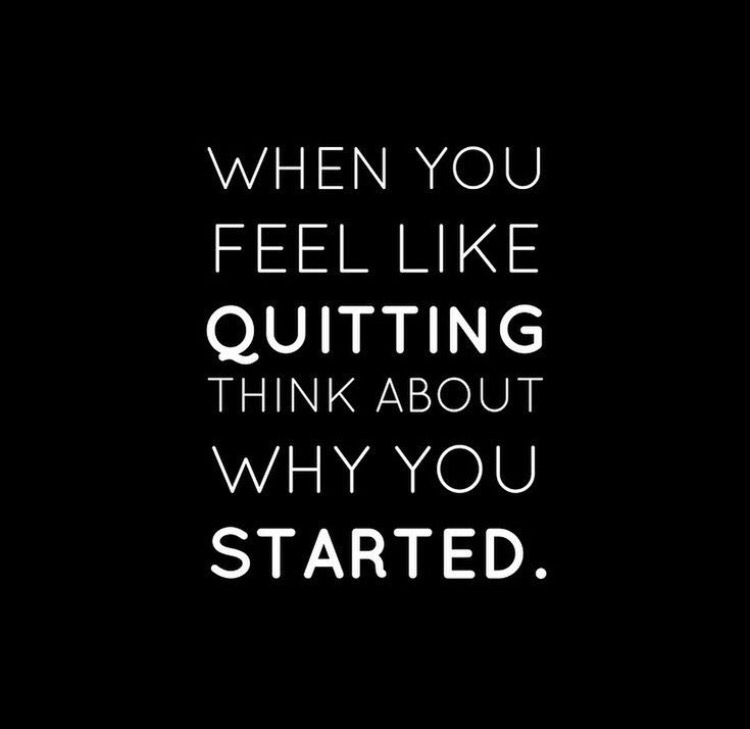 Remember when you started to pursue that dream of yours? You felt the initial excitement.  There was an inner fire that just lit up and it was burning so fiercly that you just had to find a way to do it.  Any person who has ever made the decision to pursue a lifelong dream knows this feeling.  It’s an instant adrenaline rushing through your veins.

As time goes on and you face many obstacles and challenges, it can become very discouraging.  It’s easy to just decide, “Why bother, I may as well quit now before losing too much.”  I know I have felt that way.  In fact, I will even admit there  have been dreams I have given up on at certain points of my life.   Now I look back, especially when I see others have done exactly what I  had intended many years ago, and I say, “That should have been me.”  Have you ever had that moment?  If you have, take it as a learning lesson.  That’s what I’ve done.  You can’t get stuck on that thought because dwelling on it too long will only hold you back.  The biggest lesson learned is time will pass anyway so you may as well continue with pursuing the goal. Think about it.

There was a dream I had 10 years ago and quit thinking it’s going to take too long and what if it doesn’t even succeed because the obstacles seemed so daunting. Now, ten years later, I say if only I kept pushing, who knows where it would be now. I take that as a very big lesson and not to allow that to happen again.

Why do you feel like quitting?  It’s often because you’re afraid to fail.  Afraid of what other may think if you actually fail. You may even ask yourself the question, “what if this doesn’t work out?”  You may feel like quitting because the task seems just to daunting and impossible.  Perhaps you’re just lazy and don’t really want to put in the work or effort necessary. Your reason for quitting could one of many possible reasons. Only you know the answer.

One thing is for certain.  There was a strong reason why you even got started in the first place.  Go back to that moment. Remember the passion and the fire you had in the beginning.  Sometimes that’s what we need to keep pushing through those tough moments.

I think professional athletes are one of the greatest examples of people who refuse to quit. Some of the greatest athletes have lost…and they do it in front of thousands sometimes millions of spectators. Imagine that. They still get back out there and try again – even when they lose.

Find that fire deep within you once again. Light the match and burn your candle one more time.

When you feel like quitting, remember why you started.