Michelle Obama looked radiant in a long red gown at the Inaugural Ball.  She wore a dress by Jason Wu.  Who could forget the white dress she wore at the 2008 Inaugural Ball, also by Jason Wu.  The decision made the designer a household name.  Women’s Wear Daily reported that Wu was surprised the First Lady chose to wear another one of his dresses.

Alicia Keys performed a different rendition of her hit song ‘Girl On Fire‘ and changed the lyrics to say “Obama’s on fire, he’s walking on fire….” .  It was definitely fitting for the ceremony.  She looked beautiful in a red ball gown sitting at her piano.  Jennifer Hudson sang a version of Al Green’s ‘Let’s Stay Together’, as the first couple had their first dance of the night. 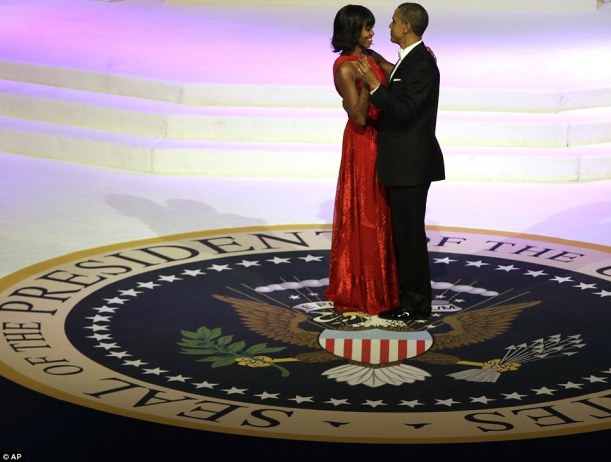