Velvet. A fashion staple that once had a strong association with being a part of the European elite first gained notoriety between the 12th to 18th century and has often been associated with the Renaissance era.

It became more accessible during the early twentieth century when machines made it easier to produce the textile. But it was the 1970s when velvet again became hugely popular in fashion. Then the eighties and nineties brought the variation of crushed velvet often worn by celebrities and seen on fashion runways.

It has gone through so many cycles and this season it’s back in a big way.

Strolling through the shopping malls I saw everything from shoes to jackets made in velvet. If you want to add something new to your wardrobe this season, velvet is definitely it.

Here are five ways you can wear it this season.

I’ve always been a fan of wearing a bodysuit because it doesn’t pull out of your trousers or jeans the way a blouse might. A velvet bodysuit like this one by Madewell, is the perfect pieceyou can dress up or dress down.

Spotted in many shoe collections, velvets shoes add a little something extra to any outfit.

Popularized in the eighties and nineties, crushed velvet can come off tacky if you wear too much of it. Try a jacket or top in a neutral shade with denim for a more casual feel.

From cobalt blue to canary yellow, bold bright colours of velvet are a refreshing way to add this trend to your wardrobe. 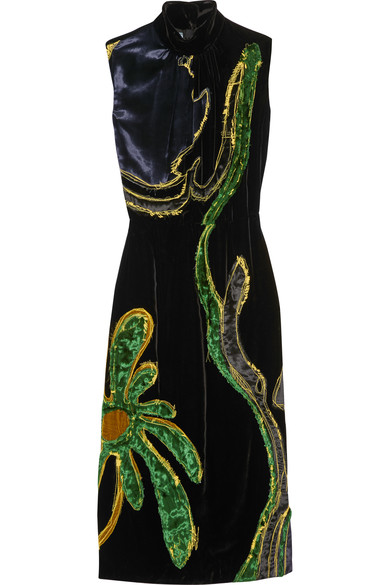 Decorated velvet has a romantic inspiration. Patterns and textured designs are so pretty and perfect for the holiday season.