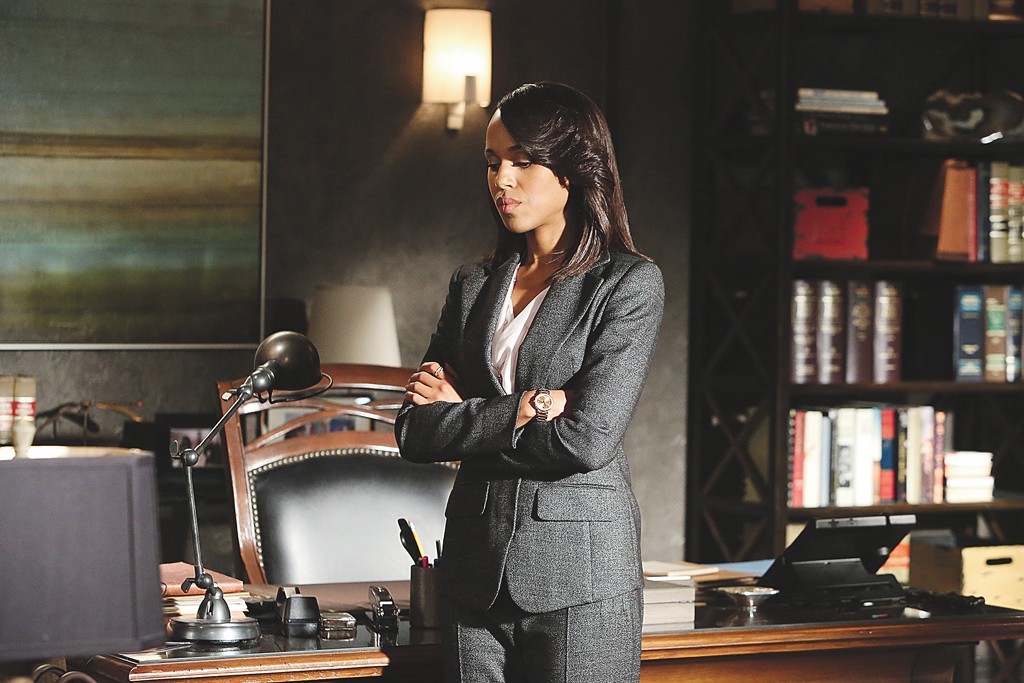 Have you always wanted to dress like Kerry Washington’s character Olivia Pope from Scandal?  Now you can.  The actress is working with retailer The Limited to create a collection inspired by the looks worn on the hit TV series.  Now fans can be as put together as she is.  The collection will be available in The Limited stores this fall and promises to represent the true essence of the character’s sought after looks.

Look out for the collection in late September at http://www.thelimited.com/

“People who love the look of the show can now step into this world in a way that is affordable and accessible because not everybody can afford to have the clothes they see on the show,” Washington said.  Her character has defined a look of elegance, class and sophistication often talked about the night after an episode airs.  “It’s been really fun to have a voice at every stage of the production from picking buttons, choosing fabrics,” she said.  The actress is working with the show’s costume designer Lyn Paolo alongside the Elliot Staples, head designer at The Limited to create the collection.  Although Washington is not a designer herself, the experience she has had on the red carpet and wearing various designers gives her an idea of what people may like.  She admits to not having any one favourite designer and says that she believes fashion is “the costume of the everyday woman.”

The collection prices will range from $49-248 and feature a variety of items sold in 250 locations as well as on the Limited website in September.  The actress will not be exclusively wearing this collection on the show, but it will be worn on various episodes.  Diane Ellis, CEO of The Limited spoke about the venture, “Her character represents a confident, powerful, but real and kind of vulnerable woman.  Our sophisticated professional can really relate to that….I don’t think our typical client is having a relationship with the president, but she’s dealing with her own version of complexity and juggling a young family at home and perhaps a career.  The appeal is at the same time she always looks fabulous.”