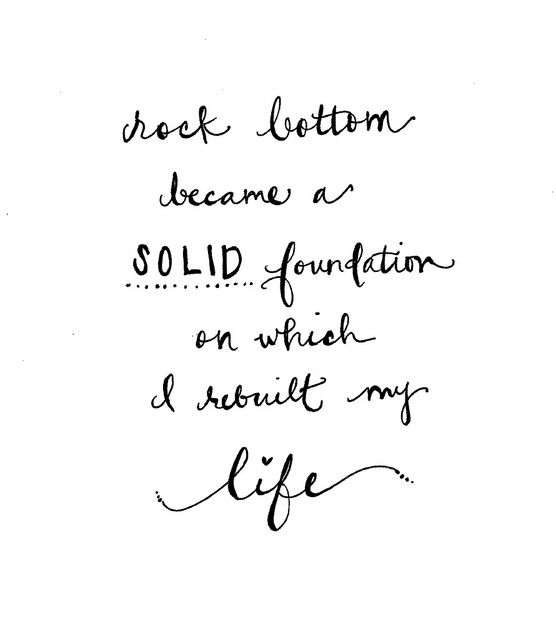 There comes a time in many people’s lives when they are at a low point.  This is especially true for people who are in pursuit of a goal, dream or vision. There are so many stories about people who hit ‘rock bottom’ in pursuit of something greater.

Steven Spielberg is one of entertainment’s most succesful movie-makers yet he was rejected from Film school three times. Oprah Winfrey was fired as a news anchor at the age of 22, only to become one of the world’s most succesful in television. Steve Jobs was removed from his own company, Apple, and was brought back years later to revive the fledgling company.

If they had quit they wouldn’t have realized their successes which not only impacted their lives, but the world too. Have you ever quit something? If you ever failed you have likely been tempted to quit.  When failure happens the desire to give up  can be overwhelmingly strong. It can blur your vision and keep you from getting up and moving forward. For anyone who has hit rock bottom it can be enough to break you.

Money, relationships and career are common areas in our lives that affect us to the point we hit rock bottom.  If you are at rock bottom just remember that there is only one way to go…UP.  Allow being at the bottom to become your foundation to move upwards.  Think of a home.  When it’s built it must have a solid foundation in order to stand and remain sturdy.  Do the same with your life foundation.  Everything that brought you to the bottom is exactly what you needed to help you build yourself back up.

Don’t stay on the bottom.  Dust yourself off and get up and keep it moving.