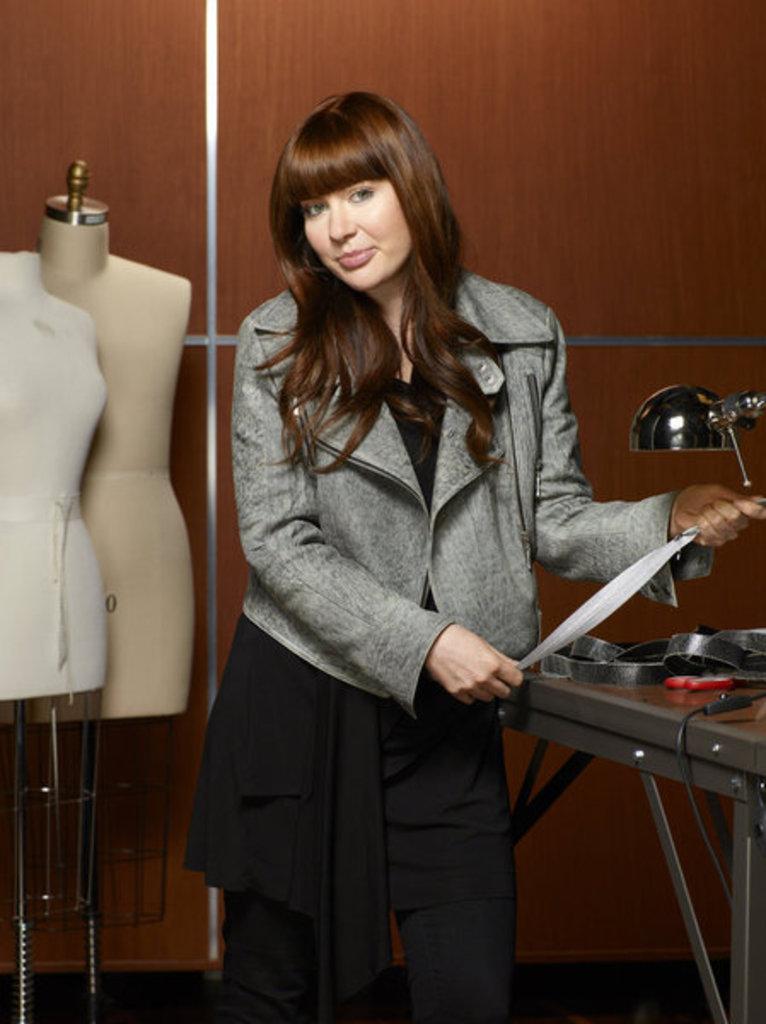 Cassandra Hobbins says being on Season 2 of NBC’s Fashion Star “seems super crazy…like an out-of-body experience.”  Who wouldn’t feel that way in a highly competitive industry?  To have the opportunity to present your clothing every week to three of America’s biggest fashion retailers is certainly any designer’s dream come true.   The Edmonton native is the only Canadian designer in the reality show competition and has managed to be one of the final 3 designers that will go head to head in the season finale on Friday May 10 at 8pm on NBC.  She will be up against Daniel and Hunter, who are both strong contenders for the title of Fashion Star.

Fashion Star is filled with style, drama, excitement and disappointment for those who don’t survive each week.  If you haven’t seen the program, you are truly missing out.  It’s nothing like other fashion reality competitions on television.  Rather this program gives designers the opportunity to present their work in front of Buyers for three of America’s top fashion retailers every single week; Macy’s, Express and Saks Fifth Avenue.  They all bid on clothing they feel both represent their stores and can produce immediate sales.  The awesome part for the viewers is the ability to buy merchandise immediately after the show airs.  If a designer’s clothing is not purchased by the Buyers he or she is on the chopping block and could be sent home.  Each of the 13 designers competing on the show are also given a lifetime opportunity of being mentored by three of the fashion industry’s most successful designers and brand leaders; Jessica Simpson, Nicole Richie and John Varvatos.

Early on in the competition Cassandra managed to sell her clothing to all three retailers which is the ultimate goal in order to win.  “It’s one thing to be bought by the buyers and another for the fans to really buy your stuff.” Cassandra said.  Most of her work has sold out quickly.

The ability to sell is the bottom line in the fashion business.  A designer can be creative and inspired by so many different elements but if the items do not sell, then it really means nothing when it comes to a retailer’s bottom line.

Cassandra never studied fashion but has always had a love for the industry.  Growing up in Edmonton, Alberta, Canada, it didn’t seem like a viable career option so she looked to study psychology and eventually go to law school.  Now based in New York City, Hobbins is a self-described tomboy when it comes to her design aesthetic.  “I like menswear details and overall style.  I love things to be easy, comfortable, slightly sporty and casual, loose and airy…so you can layer pieces.”  She’s a very straight forward individual and does not let trends dictate how she designs.  “I like things to be fairly basic, muted, demure not driven by trendy prints and patterns and what is ‘right now in the moment’.  I like clothes to always be wearable and always be in style because in their simplicity are the modern edge details…”  Travel, vintage and architecture are strong sources of inspiration when she creates.  Hobbins admits however, that she is most inspired when visiting Asia.  “There is so much visual stimulation there with extreme elements of the future contrasted with extreme elements of ancient history.”

Watching Cassandra on the show you get the sense that she loves to joke around and inject sarcastic humor into all areas of life.  Some people know how to take it and others are easily offended.  The designer said she learned that “no matter how funny I think I am, there’s a million other people who don’t think I am funny at all.  Sarcasm is an acquired taste.”

As the only Canadian in the competition, one might have thought it would have given Hobbins some competitive edge being from a different country, but it really played no role.  She did learn quickly what it’s like for celebrities when their quotes are misunderstood. “I once made a joke about my grandma in a small rural Canadian town and most people then thought I was just an ignorant American who knows nothing about Canada and was just making fun of Canadians.  I was like I’m from Canada!”  Cassandra laughs about the incident and even made reference to a couple of Canada’s talented exports, “I still haven’t been contacted or tweeted by Drake or Justin Bieber, which I was really hoping for – That was not a joke. I’m 100% serious!”  she laughs.  All joking aside, she recognizes how important being on the show has been in guiding the direction of her design career.  “I am really hoping for an awesome career in-house design position and/or a collaboration from the show.”

As the anticipation of the season finale is just days away, Hobbins is happy to have made it this far in the competition.  As television production goes, the winner has technically already been decided since the show was already recorded.  I’d love to get a little hint as to who the winner is but, Cassandra’s lips are sealed.  We will have to tune in this week to see if she prevails.  “For each and every one of us 13 designers on the show…win or lose, it was such a fun amazing unique experience where we got to do what we love…no one should regret going on the show…I know I won’t, no matter what the outcome of the ‘competition’ is.”