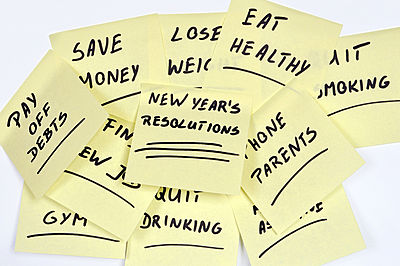 We are now officially into the second quarter of 2013.  Have you thought about where you stand with your goals for the year?  It was just over three months ago when many of us made new goals or #resolutions.  By now most people have already abandoned their #NewYearsResolutions.

What can you do to get back on track?  Well, first rethink how you approached the goal.  Instead of making it a resolution, think of it as a process towards reaching a goal.  Sometimes when we say we’re going to do something, we don’t come up with a plan of action.  Without a plan of action we are actually planning to fail.

For example, if you resolved to quit smoking, what exactly did you do to try to meet that goal?  I know someone quit smoking by simply reducing by 1 cigarette per day.  Gradually over time she soon didn’t even feel the desire to smoke.  Yes it took a long time but, when she finally reached her goal it didn’t seem as daunting.  It wasn’t a case of going ‘cold turkey’ where most would crack and just go back to the habit.

Another example is if you said you want to learn a language.  Did you enroll in courses?  Do you put yourself in situations where you can practice?  What are you doing to reach the goal?

So if you set some resolutions at the beginning of this year and have not reached it, don’t worry.  It’s never too late to get started again. Sit down, think about what you want to do and what needs to be done to reach the goal.

Soon you’ll be well on your way.